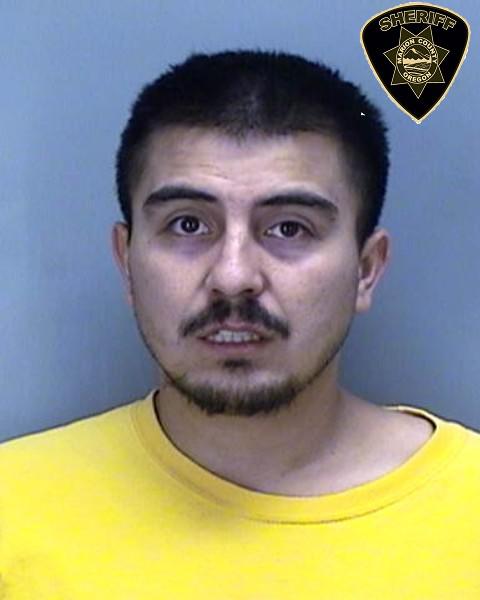 Criminal trespass in the second degree.
(1) A person commits the crime of criminal trespass in the second degree if the person enters or remains unlawfully in a motor vehicle or in or upon premises.(2) Criminal trespass in the second degree is a Class C misdemeanor. [1971 c.743 §139; 1999 c.1040 §9]
Menacing.
(1) A person commits the crime of menacing if by word or conduct the person intentionally attempts to place another person in fear of imminent serious physical injury.(2) Menacing is a Class A misdemeanor. [1971 c.743 §95]
Unlawful use of weapon.
(1) A person commits the crime of unlawful use of a weapon if the person:(a) Attempts to use unlawfully against another, or carries or possesses with intent to use unlawfully against another, any dangerous or deadly weapon as defined in ORS 161.015; or
(b) Intentionally discharges a firearm, blowgun, bow and arrow, crossbow or explosive device within the city limits of any city or within residential areas within urban growth boundaries at or in the direction of any person, building, structure or vehicle within the range of the weapon without having legal authority for such discharge.
(2) This section does not apply to:
(a) Police officers or military personnel in the lawful performance of their official duties;
(b) Persons lawfully defending life or property as provided in ORS 161.219;
(c) Persons discharging firearms, blowguns, bows and arrows, crossbows or explosive devices upon public or private shooting ranges, shooting galleries or other areas designated and built for the purpose of target shooting;
(d) Persons lawfully engaged in hunting in compliance with rules and regulations adopted by the State Department of Fish and Wildlife; or
(e) An employee of the United States Department of Agriculture, acting within the scope of employment, discharging a firearm in the course of the lawful taking of wildlife.
(3) Unlawful use of a weapon is a Class C felony. [Amended by 1975 c.700 §1; 1985 c.543 §1; 1991 c.797 §1; 2009 c.556 §5]
Resisting arrest.
(1) A person commits the crime of resisting arrest if the person intentionally resists a person known by the person to be a peace officer or parole and probation officer in making an arrest.(2) As used in this section:
(a) Arrest has the meaning given that term in ORS 133.005 and includes, but is not limited to, the booking process.
(b) Parole and probation officer has the meaning given that term in ORS 181A.355.
(c) Resists means the use or threatened use of violence, physical force or any other means that creates a substantial risk of physical injury to any person and includes, but is not limited to, behavior clearly intended to prevent being taken into custody by overcoming the actions of the arresting officer. The behavior does not have to result in actual physical injury to an officer. Passive resistance does not constitute behavior intended to prevent being taken into custody.
(3) It is no defense to a prosecution under this section that the peace officer or parole and probation officer lacked legal authority to make the arrest or book the person, provided the officer was acting under color of official authority.
(4) Resisting arrest is a Class A misdemeanor. [1971 c.743 §206; 1989 c.877 §1; 1997 c.749 §3; 2005 c.668 §2]