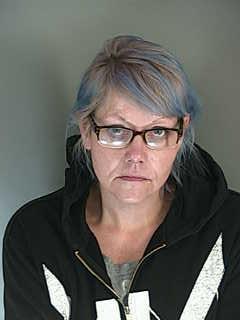 The 45 year old female was arrested by Springfield Police Department was arrested for suspicion of the below crimes: