Dominique Lee Newcomer was arrested on Monday, May 10th 2021 and booked into Clackamas County Jail in Clackamas, Oregon. 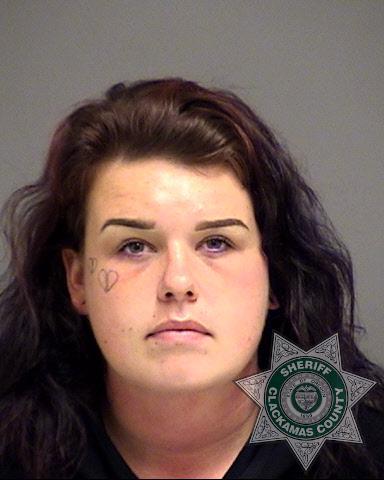 The female arrested was listed as having a date of birth of 7/18/96 and was arrested for suspicion of the below crimes:

Bail has been set to 20000 for Newcomer which is listed as a 5.0 ft 7 in white female weighing approximately 230 lbs.

SPECIAL SAFETY MEASURES
Unlawful possession of methamphetamine.
(1) It is unlawful for any person knowingly or intentionally to possess methamphetamine unless the substance was obtained directly from, or pursuant to, a valid prescription or order of a practitioner while acting in the course of professional practice, or except as otherwise authorized by ORS 475.005 to 475.285 and 475.752 to 475.980.(2) Unlawful possession of methamphetamine is a Class C felony. [2005 c.708 §18]